Call of Duty: WWII’s campaign doesn’t have a central villain, and that’s okay

In the past, many Call of Duty story campaigns have tried to get the player invested in the stories they tell by giving them a central antagonist to focus on. Sadly, more often than not, these antagonists often lack a meaningful dimension or personality (even when they’re portrayed by a famous Hollywood actor), something which often has the opposite effect of making a player feel invested. Given this established formula, it probably came as a surprise for those who played through Call of Duty: WWII’s story mode and discovered there was no central villain constantly breathing down their neck. However, if you think about it, the lack of a central villain actually made Call of Duty: WWII’s story campaign stronger, not weaker.

The Specter of the Third Reich

Now, one could easily argue that Call of Duty: WWII doesn’t really need a central antagonist since it’s set during WWII, a war which involved allied nations battling one of the most infamous villains of real-life human history: Adolf Hitler. Granted, the player never confronts or even sees Hitler himself during Call of Duty: WWII’s campaign, but his presence looms like a specter throughout the entire ordeal, giving players all the justification they need to rally around their squadmates and soldier on.

One could also argue that Call of Duty: WWII actually comes quite close to creating a central antagonist in Sergeant Pierson, the tough and grumpy squadmate portrayed by Josh Duhamel. Throughout most of the campaign, Pierson makes his distaste for the rest of the squad quite plain, and that distaste reaches a boiling point late in the campaign when, after the player’s character disobeys his orders, Pierson gives serious consideration to killing him and blaming the murder on the Nazis.

It would have been easy for developer Sledgehammer Games to turn Pierson into some hackneyed one-dimensional turncoat, but instead the game’s narrative brings Pierson right to the edge of darkness and then brings him back to the light by having him reveal in a moment of weakness why he’s so tough on his men. To be perfectly frank, the whole process feels a bit rushed and clichéd, but at the very least it proves that Sledgehammer wasn’t afraid to throw a few curveballs into the otherwise standard war story narrative.

There’s another brief bit where Call of Duty: WWII seems like it’s preparing to introduce a key antagonist about midway through the campaign. When players get to play as the French resistance fighter Rousseau and infiltrate a German garrison in Paris, they soon find themselves confronting an SS officer named Heinrich who reveals he was the one who killed Rousseau’s family earlier in the war. The confrontation between Rousseau and Heinrich could have ended with Heinrich escaping and continuing to harass the allied forces, something which, in more typical Call of Duty fashion, would have ended with a big final confrontation setpiece, but instead Sledgehammer decided to immidiatly grant Rousseau the vengeance she craved, ending Heinrich’s life after a brief struggle.

Personally, I was a bit bummed that we didn’t get to see more of Rousseau and her counterpart, the British officer Arthur Crowly, within the scope of the story campaign, but I can also understand Sledgehammer’s desire to portray Rousseau’s killing of Heinrich as more of a lucky break rather than a long drawn out hero vs. villain narrative. It may not be as exciting of a plot point, but it’s more realistic (to a degree) to be sure.

Standing On Its Own Merits

Recently, I also played through Battlefield 1’s story campaign, and much like Call of Duty: WWII, it also contains a narrative which lacks a central antagonist (though that’s mainly because it tells a series of shorter separate stories rather than one continuous tale). While both games’ story campaigns have their respective strengths and weaknesses, they at least prove that, at least in some cases, a game’s story doesn’t need a looming villain to be compelling, especially if the developer takes the time to ensure players can become invested in the characters that surround them. That’s a lesson I hope the Call of Duty series’ other developers take to heart for future entries in the franchise. 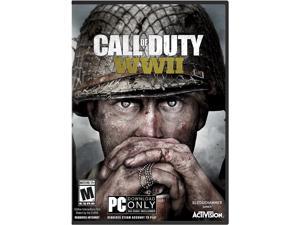 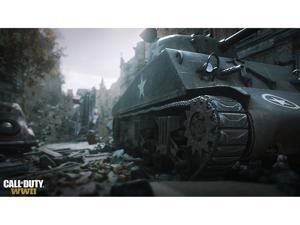 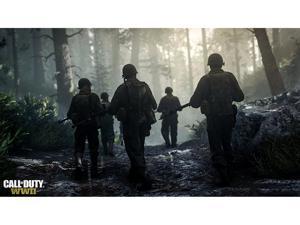 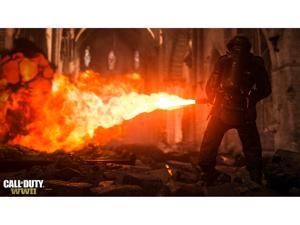 Videos
Jan 10, 2018
As part of its upcoming Resistance DLC pack, Call of Duty: WWII will be getting a new Nazi Zombies map called ‘The Darkest Shore,’ and fans can now...

News
Dec 22, 2017
Recently, I wrote a piece in which I listed the five reasons why I believe Call of Duty: WWII’s co-op Nazi Zombies mode is worth playing, even if you...

Videos
Dec 20, 2017
Sledgehammer Games and Activision have released a new video which offers an in-depth preview of the new content that will be coming with Call of Duty...