I was excited for the Call of Duty: Black Ops Cold War beta after the alpha last month but I ended up more disappointed and less interested in the upcoming release. That is due to the new content that was added to the beta that was all either problematic, uninteresting, or both.

While Black Ops Cold War seems like a solid entry in the series nonetheless, the new and risky game modes are basically all a miss for now. Not to mention, the third 12v12 map Cartel is unbalanced and tiny. This dampened my interest in the game’s launch next month, even though the standard content is great.

For the purpose of this beta preview, I focused on only the new content that was added after the alpha last month so check out my previous alpha preview for info on that. One feature that I didn’t see as much in the alpha that others complained about was the controversial skill-based matchmaking.

However, skill-based matchmaking was a problem I did run into during the beta. I’m not sure why it didn’t affect me much in the alpha but it could be due to the increased number of players and/or the progression system in the beta. After my first couple of matches, I was matched up with only players level 20 and higher, despite being only level three.

It went that way for the duration of the beta, making every match a losing fight for the most part unless I ended up on the better side. I don’t mind the challenge too much but it did make every match decided by which team I was on and not the actual skill I personally had.

Even if I did well in the match, it didn’t matter if the team was the lesser one. This is fine for ranked play but it makes casual play not so fun. That said, the progression system being allowed in the beta helped to give an idea of how it will be in the full game.

At the start of multiplayer, level one players only have preset classes to pick between that are a solid way of ushering you into the game’s different perks and weapons. After a few levels, you unlock the beloved create-a-class system so you can make your own loadout but the options are limited at first. You have to level up even further to unlock more weapons, perks, and even slots.

It does start out pretty limited but you do feel like you really earn everything over time and it teaches you the mechanics and loadout in the process, which I found helpful in the end.

Cartel is an unbalanced, unexciting map

As for the new content in the Black Ops Cold War beta, the main one is the addition of a sixth map. We already had Satellite, Moscow, Miami, Armada, and Crossroads in the alpha but Cartel joins them in the beta. Unlike its other 12v12 counterparts, it’s the only map thus far that had both a smaller six on six version and the Combined Arms full version.

Unfortunately, neither one is great, especially when compared to the other maps. Taking place in Nicaragua, the Cartel map is set near the jungles in a mostly open area centered around a large warehouse and some smaller buildings. The main clearing area is hilly and varies in terrain level.

This makes Cartel a mostly unbalanced map that wasn’t fun to play on, for the most part. If you are at the bottom of a hill, which is common for one particular spawn side, you are at a disadvantage whereas the enemy will be able to see you more clearly. It’s a messy location when it comes to the outdoor sections, which are the bulk of the map.

In fact, this led to most matches that I played on Cartel moving all of the battles to the main warehouse in an unspoken agreement, even in the larger Combined Arms modes. It was only balanced and fun there, but that was only a fraction of the entire area. It is, fortunately, slightly better in the six on six version since the warehouse becomes a major central location.

With the beta also came changes to the existing maps. For the most part, they were decent or unnoticeable changes but Miami, in particular, is worse off because of them. The spawn points were changed a lot to make that map feel even smaller than it already did. Teams spawn even closer to one another, making engagements too quick and allowing for easy spawn kills. Hopefully, this decision is reversed before launch.

Cartel was joined in the beta by two equally messy new game modes. The first of these is Combined Arms: Assault, the next in the series of 12v12 matches. Though Combined Arms: Domination is a fantastic large-scale take on the classic mode, Assault is an entirely new game mode that feels inspired by Battlefield’s Rush mode.

However, it fails to live up to Rush by being rather unfair and annoying. Taking place on the larger 12v12 maps, there are five capture points. At the start of the match, the only point available is the one in the middle of the map. The first team to capture that point will move the match forward into enemy territory.

There are two capture points on each team’s side and capturing one point will lead you deeper into the enemy’s side until you’ve gained all of them. But if the losing team is able to capture a point from the leading team, it will move the match in the other direction. It is a complicated system that doesn’t work well in practice.

For one, matches go by way too quickly compared to Domination ones. There needs to be more time for a team to actually capture enough locations to win the match. Every match I did ended in one of two ways: one team dominated the other one and won easily or it went to overtime.

There was never a situation in the matches I was in where a losing team was actually able to make a comeback and turn the match around since there wasn’t enough time to do so. But this brought up an even worse issue with the overtime phase. A team could dominate the entire match, almost win the match, and then still unfairly lose because of overtime.

This happened in a couple of matches I did where I joined a match on the losing side just as it was about to end. The winning team only had one point to capture but the time ran out before they could get it. But because they didn’t capture the final one in time, it went into overtime.

In overtime, the first team to capture the middle point will win the whole match no matter what happened before it. I was able to help our once losing team capture the middle point first and win the match, even though the win definitely should have gone to the other team. It’s a pretty ridiculous way of handling such a strategic game mode. Making the match time much longer and removing overtime would fix the issue, keeping it focused on who can go the furthest into the enemy’s side.

As for VIP Escort, this six on six-game mode is similar to Search & Destroy but, instead of a bomb, one of the players on the attacking team is the VIP. They must be escorted to one of the two extraction points and leave to win the match or just kill all enemy players. The defending team can win by taking out the VIP before they are able to extract.

Oddly enough, making one player the VIP makes Escort a much faster and messier game mode than Search & Destroy. In the latter, losing the player with the bomb doesn’t end the match as you can pick it back up but having a bad VIP will quickly spell the end of your team. Most rounds I was in didn’t even last 45 seconds because the VIP would just run straight to the enemies ahead of everyone and die almost immediately.

The attacking team was almost always bound to lose, certainly favoring the defending team even more than in Search & Destroy. There needs to be more mechanics in place to keep the game mode balanced or I could see this one quickly becoming unpopular. The same can be said for Cartel and Combined Arms: Assault. The new content in the beta lessens my excitement, so it is imperative that everything else in Black Ops Cold War sticks the landing when it releases on November 13. 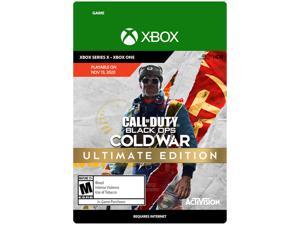 News
Oct 22, 2020
Call of Duty: Black Ops Cold War is exciting for numerous reasons, including the long-awaited return of Zombies and a Black Ops story, plus Treyarch...

News
Sep 30, 2020
As with every Call of Duty: Black Ops title, a comprehensive zombies mode is included and Black Ops Cold War is no different. Activision and...

News
Sep 22, 2020
Call of Duty: Black Ops Cold War has a lot to prove after the mixed reception to Modern Warfare’s multiplayer metagame decisions and the lack of...