Developer Gearbox’s zany looter-shooter series Borderlands will officially get its next major entry on Friday, September 13 with the launch of the much-anticipated Borderlands 3. Given the game’s impending launch, now seems a perfect time to brush up on all the pertinent facts you need to know. Whether you’re curious about Borderlands 3’s story, characters, gameplay, pre-order bonuses, or other relevant information, this article should answer any questions you may have.

Which Platforms Is Borderlands 3 Available On?

Borderlands 3 will launch for PlayStation 4, Xbox One, and PC. The PC version is a timed exclusive on the Epic Store. The game will come to Steam in April 2020.

What Is The Story Behind Borderlands 3?

Borderlands 3 players will experience yet another tale of anarchy and mayhem set on the techno-vibe world of Pandora. In the wake of Handsome Jack’s death in Borderlands 2, a violent cult called the Children of the Vault has arisen. Led by the sadistic ‘Calypso Twins’ Troy and Tyreen, the Children of the Vault want to steal not only Pandora’s hidden riches but also those of other worlds. Of course, the new four-person team of Vault Hunters that players get to control aren’t about to let that happen.

For Borderlands 3, players can control four brand new Vault Hunters, each with their own personalities, backstories, and signature skills. The four new playable characters are as follows:

Familiar faces from previous Borderlands games (including Telltale’s spinoff series Tales from the Borderlands) also make cameo appearances. In fact, the NPC who initially recruits the new Vault Hunters is none other than Lilith, the siren who functioned as a playable character in the original Borderlands.

Gearbox estimates that, on average, the story campaign should take around 35-40 hours to beat assuming players take the time to do side missions. There will also be a ‘True Vault Hunter’ New Game+ mode that unlocks once players clear the campaign. True Vault Hunter along with Borderlands 3’s Guardian Ranks (a modified version of Borderlands 2’s Badass Ranks) and the ‘Circles of Slaughter’ endgame activity should help give the game plenty of replay value.

An internet connection is required to access Borderlands 3’s online functionality and co-op matchmaking, but much as with previous Borderlands games you can play entirely solo if you want. Continuing the series’ trend, though, the game is much more fun when you’re blasting bad guys and looting crazy new guns alongside friends.

Does Borderlands 3 Have Any Pre-Order Bonuses?

It does! Everyone who pre-orders Borderlands 3 will receive a special DLC pack of gold weapon skins. Additional perks are also available for those who spring for one of the game’s pricier special editions (see the next question for the full lowdown on those).

How Many Editions of Borderlands 3 Are Available?

In all, there are three separate editions of Borderlands 3 on offer. The standard edition retails for $60 and includes the aforementioned gold weapon skins DLC pack for those who pre-order. Fans can also go for the $80 Deluxe Edition which unlocks access to four uniquely-themed content packs containing skins and other goodies as well as a cache of XP and loot drop boost mods.

Of course he does! What would a Borderlands game be without Claptrap? Borderlands 3 players will find their favorite robot jerk companion anxiously waiting for them, and he’s armed with a whole heap of snappy new dialogue to get fans in the mood for some looting and shooting. 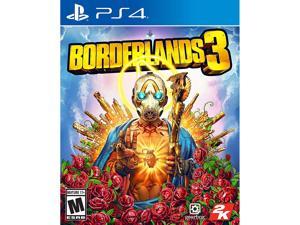 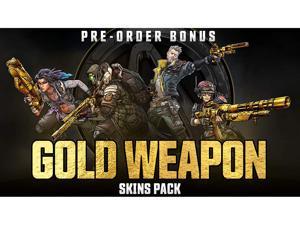 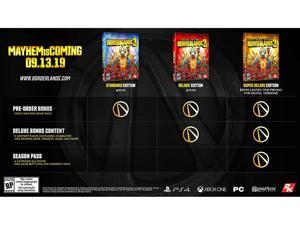 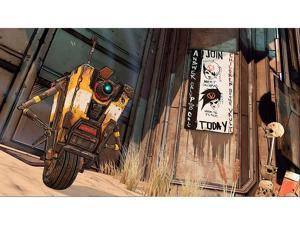 News
Feb 27, 2020
While a number of gaming companies dropped out of PAX East, Gearbox Games was there in full force spilling Borderlands 3 news. The biggest news is...

News
Nov 20, 2019
Vault hunters have been traversing Pandora in Borderlands 3 since September and have been itching for something new to do. Luckily, the folks at...

News
Sep 20, 2019
Borderlands 3 has only been out for a little while now, and FL4K has soared ahead as one of the most popular Vault Hunters in the game already. This...

Video Game Releases to Look Out for in June 2020
News
May 29, 2020
June is the start of the summer dry season, however, there are some interesting titles coming this month. Plus, despite E3 being canceled, there are going to...

Review: Resolutiion is a visually charged dystopian...
Reviews
May 29, 2020
Platforms: Switch (reviewed), PC Futuristic dystopian tales are often known for their poignant stories and action-packed adventures. These stories are...
REVIEW

Review: Maneater is 10 percent apex predator, 90 percent...
Reviews
May 28, 2020
Maneater is a brilliant idea. It’s Jaws the open world RPG if you played as Jaws . Well, it’s that but if it were made by the guys behind Sharknado . It’s fun...