Every fighting game developer is finding themselves in a strange position these days. With the COVID-19 pandemic making in-person events too dangerous to hold, and EVO exiting stage left, fighting game devs now need to come up with their own plans for announcing new DLC, and for managing an online esports circuit. Many plans were announced at the big Japanese fighting game developer roundtable, but a few stragglers have yet to announce their plans.

Dragon Ball Fighter Z is one of those stragglers. Arguably one of the most popular fighting games on the market right now, DBFZ announced a season 3 quite a while ago, along with its first two characters of the season, and then went radio silent.

Well, in a recent Dragon Ball FighterZ Show direct presentation, Bandai Namco decided to clarify a few of their future plans for the game. As expected, the Dragon Ball FighterZ World Tour has been canceled this year. In its place will be an online tournament featuring specifically selected players by Bandai Namco. They have acknowledged that many players would like to see roll back netcode, but have noted that they cannot implement such a feature in a timeframe that would work for this tournament. Instead, they will be selecting players that they know can play on hardware and connections that will give them a game that resembles a face to face match. This also means that the competition will be closed off to certain countries in order to reduce lag as much as possible.

The new tournaments will be called the Dragon Ball FighterZ National Championship and will start this October 2020. It will include eight players who will play seven days of round robin matches. Four players will then qualify for a “playoff month” in which the players will be whittled down to two, who will have a final match for the national championship title. Unlike standard tournaments, all matches will be first to five, to account for disconnects and connection problems. The regions that the players will represent include France, U.S. East, U.S. West, Japan, and Spain.

Bandai Namco also had a number of announcements about upcoming content updates. For example, they have noticed that many characters are still not being chosen regularly despite the last update that gave every character in the game three Z assists to choose from. The next balance patch will be examining these characters, buffing them, and making other tweaks in the hope of making the game more competitive.

Bandai Namco has also taken notice of the rage quitting problem plaguing their servers. They are collecting data on disconnected matches in order to identity players who are disconnecting on purpose. Though they did not have any concrete plans, they said they would be implementing some measure in order to deter players from rage-quitting in the near future.

They also announced a roadmap for both the championships and content releases going on into the future. They will be having a Dragon Ball FighterZ  online show every month from September to December. September will be the player reveal for the national championships, October and November will be round robin competitions, and December will be the playoffs. Each Dragon Ball FighterZ show will go over the main matches and events in the championship. In addition each show will showcase community content for the game. Finally, each show will bring with it new updates on DBFZ content, however the only guaranteed announcement that we have is a showcase for DBFZ’s newest character in September: Master Roshi.

Bandai Namco did have one of their trademark short teasers for Roshi in this show. Unfortunately all it showed was a medium auto-combo and presumably his level 3, the Evil Containment Wave. We will have to wait for September for more details. After Roshi, two more characters will be announced, however, we do not currently know their timeframe for release. Expect more info later this year. 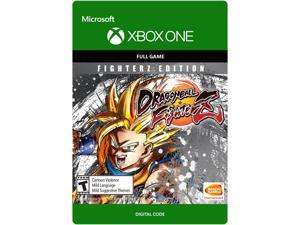 News
Nov 02, 2020
Last year we looked back on several games that had changed over time. We posited that games can’t be given just one review, what with DLC and content...

News
Feb 27, 2020
Man, has Dragon Ball FighterZ had some ups and downs. When it first came out, we gave it a near perfect score , only docking it a few points due to a...

News
Dec 16, 2019
2019 is coming to an end and with it nearly a decade of amazing fighting games. Our ideas about what makes a good fighting game have changed so much...