Assassin’s Creed Origins: Where to find all the War Elephants

One of the most challenging late game activities you can tackle in Assassin’s Creed Origins involves tracking down and duking it out with the Roman legion’s band of War Elephants. There are four in total and they’re all level 40, which means you’re going to want to be at least level 36 before you try and take any of them down.

Just keep in mind that taking on these meaty war machines is no easy task, and taking down all four is one of the most difficult challenges in a game that already loves to kill you. So, we recommend hitting level 40 and snagging a melee weapon that deals poison and bleed damage, and then filling out all of your additional slots (particularly your bows) with weapons give your bonus health on hit. This should give you plenty of chances to maintain your DPS with the damage over time from bleeding and poison, while still giving you several weapons to swap to on the fly that should let you top off your health bar if things get dicey.

Of course, before you can reenact a few choice scenes from the Lord of the Rings on these elephants you’ll need to track them down. Generally, this is a straightforward affair, and the map’s we’ll provide below should make it easy.

If you’re having trouble be sure to keep an eye out for nearby glowing question marks on your map. These are different than your standard white marker, and usually indicate a specific area like a tomb or a challenge, rather than your standard bandit encampment.

The Roman Camp of Jumble

This first war elephant on your list is hidden away in the top right corner of the map nestled about a thousand meters east of the Hippodrome in the nearby Herakleion Nome province. The roman camp is located smack dab in the center of the easternmost peninsula, and you should be able to see the war elephant appear as a marker on your map as soon as you get near.

Our next target is a long camel ride south to the province of Uab Nome just a little southwest of Hermopolis.

With a little luck you should be able to see the camp easily once you enter the province. The camp is located on the central southern border of the province with a long line of tangled roads and paths weaving in between three large mountain ranges that give it away as a major encampment with a big friend stomping out and about.  Once you arrive, you’ll find the war elephant in a large arena like structure in the center of the camp.

Our third big eared friend can be found just to the west of Uab Nome in the White Desert Oasis provice. The camp itself is nestled in a rocky outcropping that forms a kind of natural arena just west of the large lake where you can also find the Great Twins Stone Circle.

The Roman Camp of Surus

Our final target is located near the northwest corner of the map in the Green Mountains. There aren’t any distinct landmarks nearby because as you would expect, the Green Mountains are pretty much just a pile of mountains stretching out across this section of the map. If you’re having trouble finding this camp, make your way to the southwestern peak in the province and sidle your way around the base until the glowing marker pops up on your map. 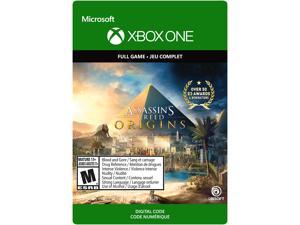 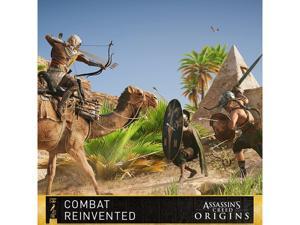 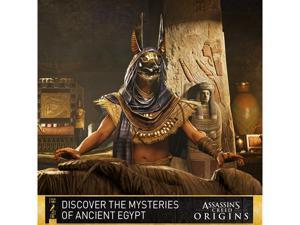 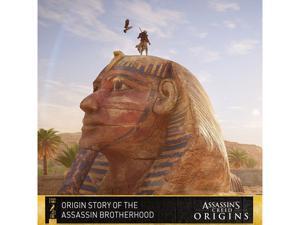 News
May 31, 2018
UPDATE: Ubisoft has confirmed Assassin's Creed Odyssey in response to the following leak. Our original story follows. Assassin’s Creed Origins was an...

Assassin’s Creed Origins: The Curse of the Pharaohs has zombies, but offers more

News
Mar 22, 2018
Assassin’s Creed Origins : The Curse of the Pharaohs is Ubisoft’s final DLC for their sandy adventure with Bayek and friends, and it’s easily worth...

News
Mar 20, 2018
There are a lot of treasures to be found in Assassin’s Creed Origins: The Curse of the Pharaohs , but if you’re looking for a veritable hoard of...