Nintendo has just revealed the third and final update for Super Mario Maker 2 and hoo boy it’s a doozy. It appears as if they have listened to fan requests because nearly all of them were granted in this update. We have new power-ups, new enemies, and even a brand-new mode. Let’s take a look.

For a long time fans have wanted a SMB2 theme, and while we aren’t getting a full theme, certain SMB1 blocks now have SMB2 functionality. For example, cloud blocks disappear when picked up, like sand blocks from SMB2. Mario can also pick up projectiles from the ground, like snowballs in winter themed courses. With all these tools and the new SMB2 functionality of SMB1 course parts, designers will finally be able to make the SMB2 themed levels of their dreams.

Another major complaint was that power-up selection was severely limited. So Nintendo decided to add a ton of classic power ups to every style. The Frog Suit is SMB3’s new addition, allowing Mario to swim fast, run on top of water, and jump higher than usual.

Super Mario World’s new addition is the P-Balloon, which puffs up Mario and lets him float through the air. Unlike the original P-Balloon, Mario seems to be able… uh… exhale small puffs of air to give himself greater control while floating.

Super Mario 3D World has gotten the most new power-ups. The Boomerang Flower is a more traditional power-up, allowing Mario to don a Boomerang Bros. suit and throw Boomerang projectiles which fire forward before curving back toward Mario himself. These can go through glass pipes, hit switches, and more.

Super Mario 3D World’s style also introduces a number of new hat power-ups into the game, most of which give you a small new power for a limited time. They include:

This allows Mario to charge up and fire cannonballs from… his face. They can break obstacles, travel through glass pipes, and trigger switches.

The Propeller Block gives you a limited amount of propeller charges that act exactly like the Propeller Shroom. You have three charges before you have to touch the ground again.

Yes, Mario can wear a Pow Block on his head. While he is, each head bonk generates a small POW-explosion. He can explode three times before the block disappears.

While wearing the Goomba Hat, all enemy with A.I. patterns focused on noticing Mario will not trigger. The sun will not swipe at Mario, mini-bosses will not attack Mario, and so on.

While wearing a Bullet Bill mask, you can fly horizontally at high speeds for a limited time, or until you smash into something.

All seven Koopalings are now available as boss style enemies in all game modes except for Super Mario 3D World. They all have their special gimmicks and A.I. patterns from previous games. These A.I. patterns change slightly based on what style you are in, and what stage elements you put around them.

Another interesting addition from Super Mario Bros. 2, the Cursed Key acts like a normal key, in that it opens up doors. However, picking up the cursed key causes Phanto, the flying mask, to start chasing whoever picks it up, causing them to make a mad dash to the nearest door. You can only find the Cursed Key in the original Super Marios Bros. style.

These are simple two state platforms. When switches are in one state, these are just normal platforms that you can run and jump across. When they are in another state, they become trampolines that bounce you high distances. These can only be used in the Super Mario 3D World style.

The iconic enemy from Super Mario World is back and can be used in all styles except Super Mario 3D World. They come in three varieties. Green Mechakoopas will just walk toward you. Red ones will fire homing missiles and Blue ones will fire laser beams after a brief charge up period. In night themed stages, Mechakoopas also gain jets on their feet, allowing them to rocket around stages much faster than their winged variety. By the way, this also means you can finally recreate the final boss fight of Super Mario World.

This is the big one. No longer are you limited just to making single stages. Now you can create entire worlds, or even entire games! World Maker is a new editor mode that allows you to create an overworld, similar to Super Mario World. Players will be able to wander around it, complete stages, and even find bonus worlds via secret exits. You can place warp pipes that warp you around worlds if you find them, change the look of level icons, and create all sorts of perils on your way to a castle. You can even make tiny “Hammer Bros” style stages and place them on the overworld. All of this is just for one world!

Worlds can be one of eight themes: plains, underground, desert, ice, sky, forest, volcano, or outer space. You can link together eight worlds composed of up to forty stages all together to create your very own Mario game, which you can then share with others in course world. Yes, we have finally reached the zenith of Super Mario Maker content. You can now make full games.

And even better, you can play all of these new games in multiplayer with up to four other people.

That’s all the new content for this upcoming update. And when can we expect all this new content? Sooner than you think! In fact, it’s slated to come out on April 22. So be sure to dust off your copy of Super Mario Maker 2 because the game is going to change significantly. I know I'm going to be challenging myself to new worlds for quite a while, and we will post some of our favorites here after the update goes live. 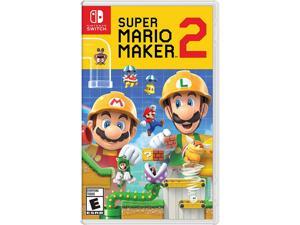 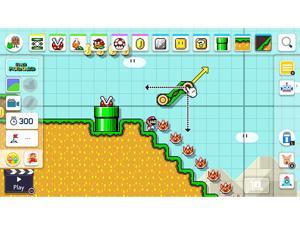 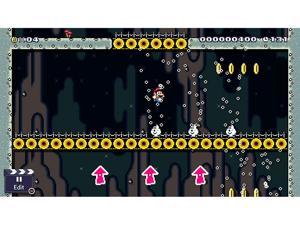 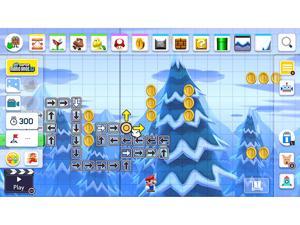 Super Mario Maker 2: How to make a great Super World

News
Apr 30, 2020
Your Super World sucks! I’m sorry but it does. You might have been a big hot-shot level designer, making use of glitches and obscure mechanics of...

News
Dec 02, 2019
Super Mario Maker 2 has been out for some time now, and it still hasn’t received a proper update. It’s certainly received a fair share of patches...

Super Mario Maker 2: How to abuse the entity limit

News
Oct 16, 2019
Super Mario Maker 2 is a pretty powerful level editor, but half the fun of level creation is finding ways to get the editor to do things it was never...