5 recent games that could have great VR spinoffs

Virtual reality has grown a lot since it went mainstream, but it’s still kind of stuck in its proof of concept phase. We see very few AAA or even AA productions get the VR treatment. Aside from Half-Life: Alyx and Resident Evil VII, pretty much every VR game is an indie production. So here are a few titles that we think should get the VR treatment, popular titles that would fit very well on a headset.

One common VR game is the “VR environment.” These are pieces of software whose entire purpose is to allow you to explore a virtual reality world with minimal interaction. Since there isn’t a whole lot of motion or interaction, these games can be relaxing and create a minimal amount of VR sickness.

While Nintendo isn’t quite known for their support of VR, Animal Crossing: New Horizons would be a perfect game to adapt for a headset, even if it has to be their stupid cardboard Labo one. At this point, most Animal Crossing players have seen all the content that is available until the next monthly update comes down the pipe. In the meantime, most of the game is just visiting other people’s islands to check out how they have decorated the place and maybe stealing some of their clothing designs. This is something that can easily be modeled in VR space without much problem.

As is demanded by the laws of gaming, any mention of Animal Crossing: New Horizons must also come with a mention of Doom Eternal. Doom Eternal is pretty much the opposite of Animal Crossing, a high octane twitch-based ultra-violent shooter. We already know that shooters like this don’t operate super well in VR. Moving fast in the VR world creates motion sickness.

However, plenty of games with this playstyle have been given VR spinoffs. How? Well, usually they are given some sort of VR Horde mode where they have to stay in a small area and defend it from wave after wave of enemies. That’s a mode I would love to see converted for a Doom VR spinoff.

Just think of how it would play. You’d spend a lot of your time aiming your awesome modded guns to take out enemies one by one, and if an enemy gets too close you use motion controls to saw through it to get more ammo. That’d be one hell of an immersive experience no?

Now, this is a particularly interesting one. VR was one of Resident Evil VII’s major selling point, and it was one of the first major franchises to get a VR adaptation. The whole game could be played front to back in VR, which is still very unique in terms of VR spinoffs. Sure it could have been handled better since it was still experimental at the time, but it worked.

Which makes us wonder, why did Capcom give up? The remakes of Resident Evil II and III are some of the best survival horror games to come out in recent times, yet they don’t have any VR capability. It would have been great to actually see Mr. X chasing you down from a first-person perspective.

Resident Evil VIII is coming up soon and it continues the story of Resident Evil VII. Here’s hoping that Capcom will also add a VR option to the title. It’s certainly not necessary, but being able to play Resident Evil in VR was honestly one of the most compelling reasons to get PlayStation VR. Now that these Resident Evil titles are on PC as well, it would be great to see them include compatibility for PC headsets like Oculus Rift S or HTC Vive Pro.

Why hasn’t anyone thought to convert JRPGs to VR? Look, we love JRPGs, but they aren’t exactly the most action-heavy genre in the world. Nearly all the action takes place via menus. That means that a VR adaptation would stand very little chance of creating motion sickness.

So let’s think about Persona 5 for a second. In VR you’d be able to actually look around the weird abstract metaverse palaces in first person. Joker already leaps from location to location when using his stealth abilities, which is exactly how a lot of VR games get around the movement problem, by teleporting from location to location. You’d be able to see your phantom Persona towering over you in battle, casting spells, and attacking the enemy. It would just be so cool!

It’s time to go really obscure. The Danganronpa 10th anniversary celebration is going on and I can think of no better way to celebrate than Danganronpa VR. Why?

Danganronpa is a mystery/investigation game that has you wandering around murder sites, collecting evidence, and eventually arguing for the innocence or guilt of different suspects. Also, it’s very anime and it takes place in high schools with superhuman highschoolers.

But the thing is, games like this are MADE for VR. Investigation games, escape rooms, anything that has you in a single area, picking up items, looking for clues, and solving puzzles. There have been plenty of escape room VR games but they are all sort of generic. But series like Danganronpa wrap up that same style of gameplay with over-the-top anime plotlines that really drag you in.

What series do you want to see converted to VR? Let us know in the comments. 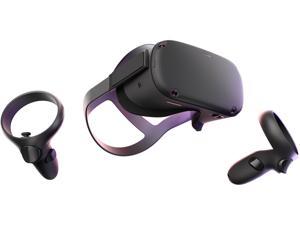